A unique collaboration will see a converted 40-foot shipping container appearing in three secret locations around one of Liverpool's most successful docklands regeneration projects.

The Baltic Triangle once at the heart of Liverpool's industrial past is now a hub for start-ups, studios, casual dining, bars and entertainment. Well known for events centred around Constellations Arts Centre, plus a graffitied skatepark the area is full of cool cafes filled with creatives by day, and by night the districts former warehouses are given over to raves and dance clubs.

A successful regeneration project will always attract new business and entrepreneurs who see the potential for growth. Liverpool based SEVENSTORE named after the original seven streets of the city are no exception. Based in the Baltic Triangle, they will be opening one of the areas first retail stores in early 2019. This project gave them the opportunity to start the marketing process in a unique style.

Inspired by Liverpool’s history of commerce – the seven streets that were the backbone of one of the world’s most industrious cities – we challenge perspectives, curating culture for the new era.
- SEVENSTORE

A conversion project with industrial heritage at its heart

SEVENSTORE partnered with Bido Lito who publish a monthly creative and culture magazine in Liverpool, event promotors ENRG and music magazine Melodic Distraction to create a unique rave experience limited to 50 people per show. These three highly intimate shows would be DJ'd by Evian Christ, with sound and lighting by Emmanuel Biard.

Bido Lito, our customer on the project, outlined one of the critical components of the brief was to maintain the shipping containers outward appearance while converting the interior into a rave/dance venue. The theme of the pop-up event was conceptualised as a homage to Liverpool's trading past, therefore keeping the visual integrity of the shipping container was a high priority.

Eldapoint conversions team selected a 40-foot used shipping container, fitting a set of black framed French doors to one side of the conversion, and the whole container was painted black inside and out, giving it a stealth-like appearance. 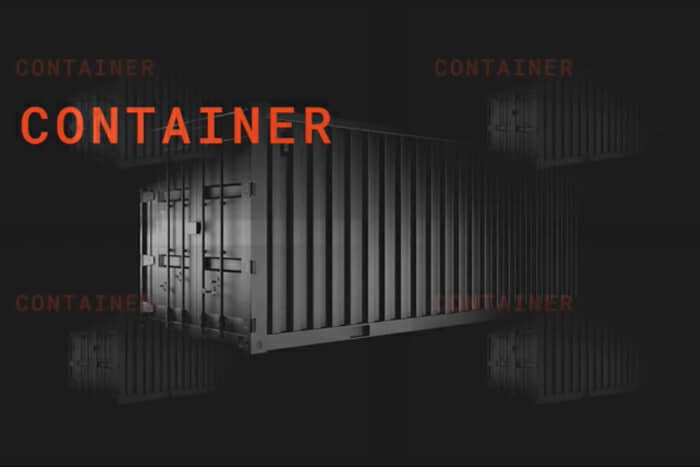 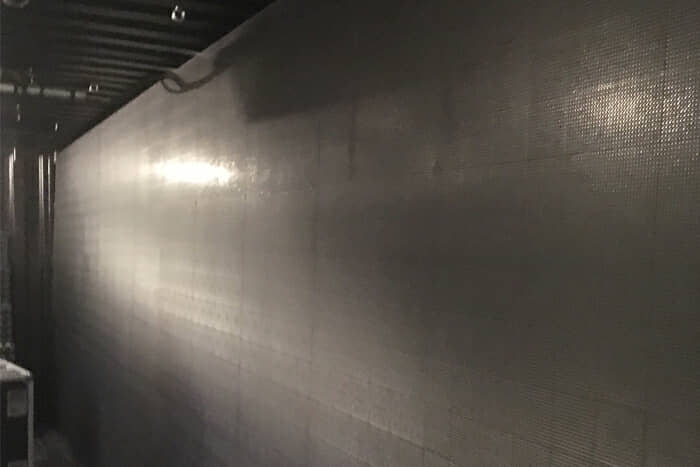 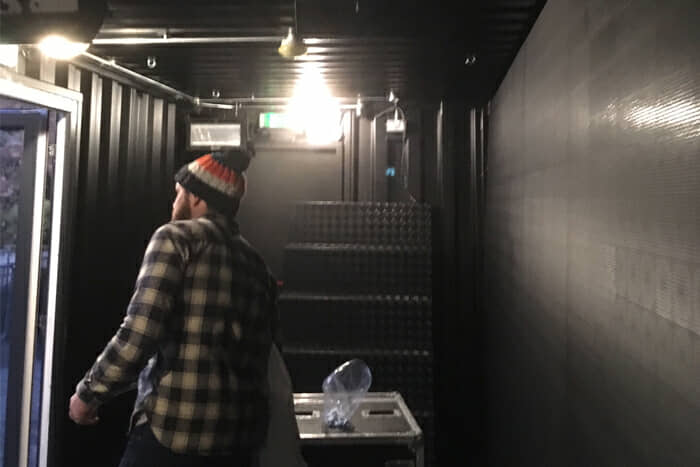 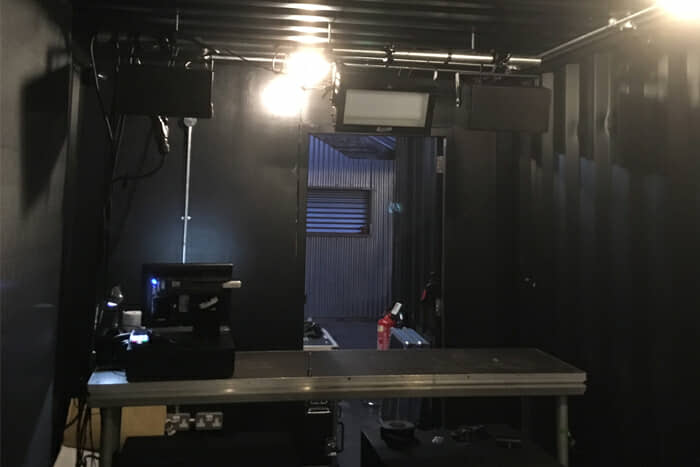 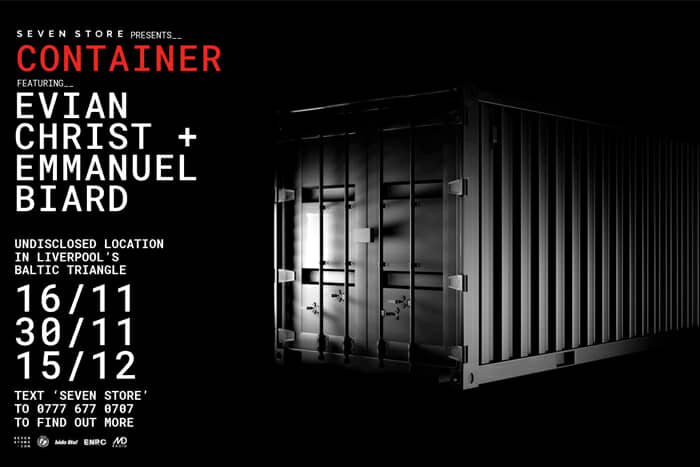 As there was a need for substantial electrics, these were all housed in galvanised tubular trunking. The fitting of Scat bars to the roof allowed speakers and the lighting system to be suspended safely throughout the shows. The black interior would help intensify the strobe light experience which was to be a key element of the lighting production. An 8-metre video panel was added as part of the lighting and effects process. The original container doors were left intact and usable for added security and safety when the conversion was moving location around the Baltic Triangle.

The popup event has been named "Welcome to Hell" which we would like to state has no bearing on the quality of the converted shipping container we produced, but we are sure a few people would consider being in a 40-foot shipping container with another 49 people plus a DJ playing loud music with strobe lighting pretty hellish, but some of our younger conversion team members who worked on the project suggested it would be heaven.

They may get a chance to find out, as the whole team have been invited down by the client to see the finished project and to have a festive drink as a thank you for their excellent work.

The story of this event is the history of containerised global sea-freight... I share SEVENSTORES’s ambition to put 50 people inside a repurposed shipping container and have them stare directly into four strobe lights while I play the original mix of Xpander at 150db.
- Evian Christ

Entrance to the show is by invite only via a text number, with the location given 24 hours before the event, this all adding to the mystique of the experience which is matched by the stark black container which will seem to appear out of nowhere.

As a company with its roots in the docks of Liverpool, Eldapoint are proud and excited to have been involved in this project. As a shipping containers life on the high-seas draws to an end, it's great to create innovative and ground-breaking uses which extend their life. We hope the container conversion will be seen around the Baltic Triangle long after the rave project is finished.

Eldapoint has many years of experience in designing and fabricating bespoke portable buildings. Read our other case studies which explore the many of the projects we have completed recently. 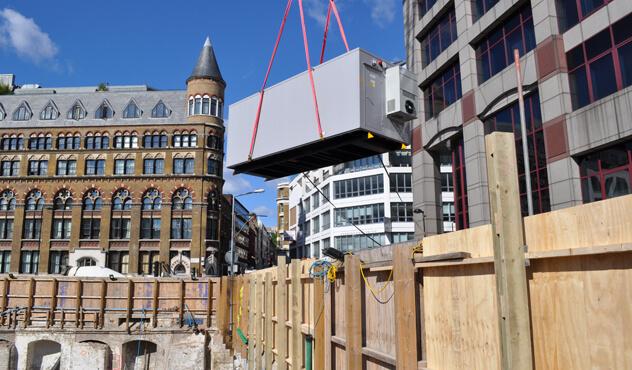 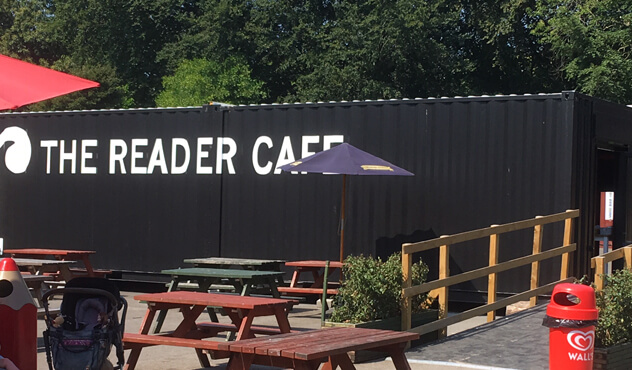 CONTAINER CONVERSION CAFÉ OFFERS CONTINUITY OF SERVICE
Shipping container conversion cafe is helping a charity continue to operate their cafe which is an important income stream and community facility during renovations. 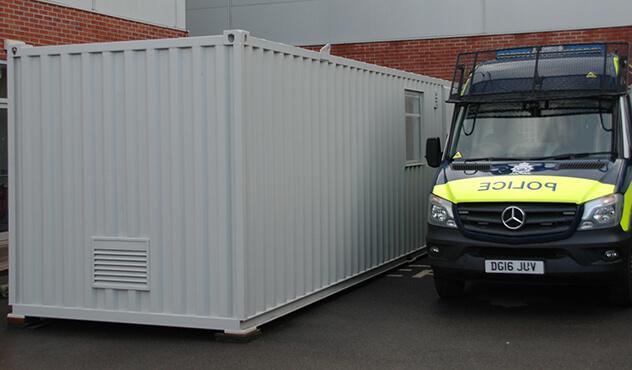 CHESHIRE POLICE BESPOKE MANUFACTURED UNIT
When Cheshire Constabulary drugs division called on Eldapoint to design and supply a secure solution to a problem they had, our manufacturing division rose to the challenge. 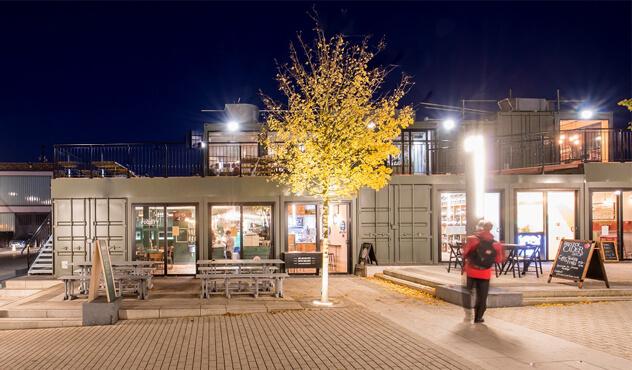 CONVERTED SHIPPING CONTAINER FOR RETAIL SECTOR
The retail sector is benefitting from the design and modular solutions we deliver. Design, manufacturing, fit-out and delivery logistics were all key elements to bring this project together.

Eldapoint are Service Agents for